How to pair samsung tv remote to firestick

A remote control can turn a TV on and off, turn the volume up and down, and also switch between channels and inputs. In addition to having these very simple yet fundamental functions, many TV remotes can also be used to control an Amazon Fire Stick, as long as you can follow a few basic instructions.

To control an Amazon Fire Stick with a remote, enable HDMI CEC on your TV before connecting the Fire Stick to the TV’s HDMI port. After making sure the TV recognizes the fire stick, the TV remote should be able to control it.

as just noted, it is possible to control an amazon fire stick (which you can find here on amazon) with a tv remote, but some of the terminology surrounding the setting can be confusing, including the hdmi cec setting , or if the TV even has this option in the first place. we have another article on what is hdmi cec but we will explore it here again for convenience.

what is hdmi cec

hdmi is an interface that transmits audio and video data from the source to a display, typically a television screen, while consumer electronics control (cec) is a function of hdmi that allows you to control multiple devices with a single remote. This convenient feature allows the use of one remote for up to 15 devices, without the need to change or add more HDMI cables. you can use the same cables that connect audio and video devices.

Using this feature, you won’t need to buy a universal remote to control your fire stick, and more importantly, it’s also not difficult to set up. once it’s enabled, you’ll be able to control everything from the menu, including volume, recording, or even putting a device on standby or sleep.

how to enable hdmi cec on your tv 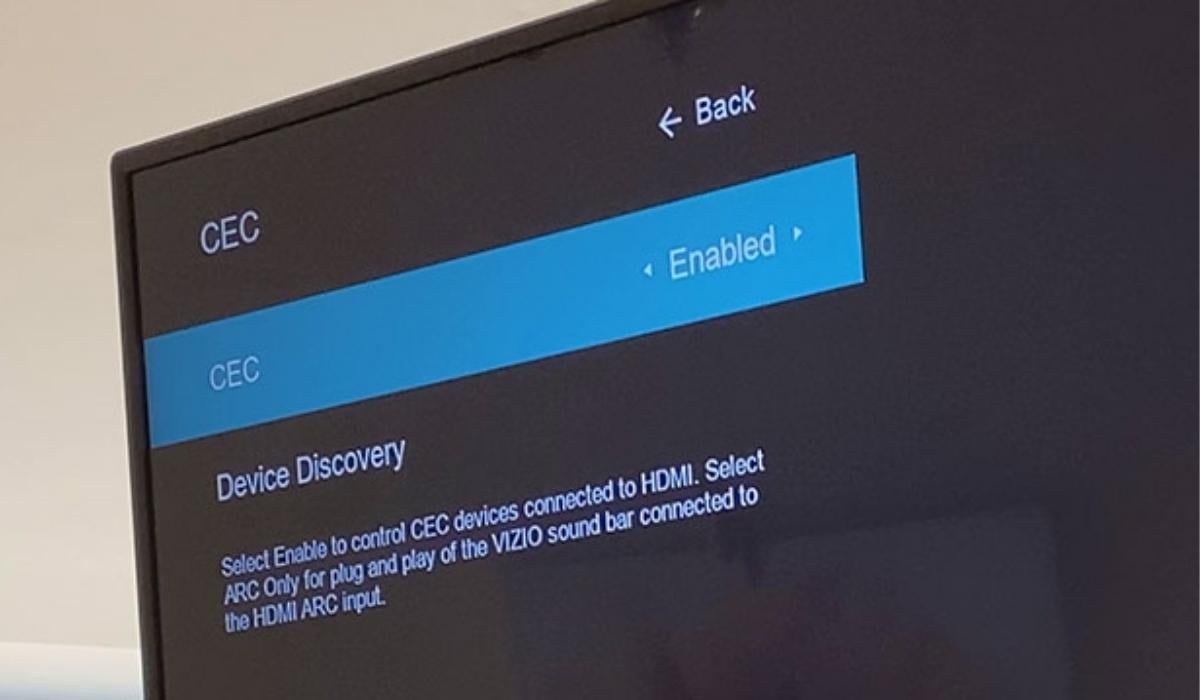 Some television manufacturers make it easy to enable HDMI CEC, but others can make it a little more difficult. Unless you’re lucky enough to own a TV that automatically turns the function on during the initial setup, you will have to scroll through some menu options. If you have a Vizio or Hitachi TV which are often inexpensive on Amazon, you’ll find CEC in the settings options. Simply click on the ‘Enable’ tab.

Other TV manufacturers may have the hdmi cec option listed under a brand name, which can be confusing. sony lists it under “bravia sync”, while lg uses “simpllink” to identify the cec option. If you don’t want to spend several frustrating minutes enabling and disabling features that won’t allow your remote to control the fire stick, the best advice is to check the product specifications in the owner’s guide; Do a web search on your TV or check out our guide on how to control the fire stick without a remote as a last resort. .

Once you’ve enabled the hdmi cec feature, you’ll want to plug the fire stick into the tv’s hdmi port. To do this, you’ll need a USB cable that often comes with the Fire TV Stick. you have to be near a power outlet to connect the usb cable to the fire stick and then to a power adapter.

Usually not a problem as your TV should also be plugged into a power outlet, however we do have an article here on how to extend hdmi cables.

once the fire stick is connected to the tv’s hdmi port and a power source, turn on the tv and press “start” on the remote. You should see a screen indicating that the fire stick is “searching” for your remote.

From there, you’ll follow the instructions as they appear on the screen. When you have finished the installation steps, your TV remote will control the fire stick.

make sure the TV has discovered the fire stick

It’s best to check that the TV has discovered the fire stick before your favorite show or big sporting event because you don’t want to miss a thing. Fortunately, it doesn’t take long.

press the input button on the TV. instead of hdmi 1, hdmi2 etc channels it should say ‘fire tv’ or ‘fire tv stick’. if you see this, the tv and the fire stick are connected.

how to test the connection

If your test indicated no fire stick input channel, there is a quick and easy fix, but you will need to know some information about your wi-fi network. find and press the “home” button on the remote for about 10 seconds; you should see a command to press ‘start’ on the screen. If the command doesn’t appear after a few seconds, check the batteries in the remote and try again.

after you press ‘start’, you will go through a couple of steps on the screen which includes checking and connecting to your wi-fi network. If you don’t know the network password, your internet provider will be able to help you. Once the Fire Stick is connected to your network, your TV should have no problem recognizing it.

what happens if it is connected to a sound bar or audio video receiver?

It’s just as easy to connect a fire stick to a sound bar or a/v receiver as it is to a TV. In addition, you will still need the USB cable for power and you will also have to be close to a power outlet. or power strip. the main difference is where you connect the fire stick.

Most of the setup steps are the same, but you’ll connect it to the hdmi port on your receiver or sound bar, not the tv’s, plus it’s possible to connect non-hdmi tvs and receivers which we’ve covered in other tutorials.

Connecting a TV remote to Amazon Fire Stick is a simple process, and the convenience of having just one remote cannot be overstated. If you own a TV that comes with factory presets, including HDMI CEC enabled, all you have to do is search for a Fire Stick input channel. Even if your TV doesn’t have CEC enable function, you can still check if there is a firebar input channel after following some simple instructions.

Can Echo Studio Be Used for TV?

How to Connect an Xbox Controller to Your iPhone