How to connect landline to pc

Here’s if and how you can connect your landline phone to your computer and receive and make phone calls through your computer:

You can connect your landline phone to your computer and complete phone calls that way, but it requires special hardware and software adapters to work.

Alternative digital methods make it easier to send or receive phone calls with a computer.

If you want to learn all about connecting your landline phone to your computer, then you’re in the right place. 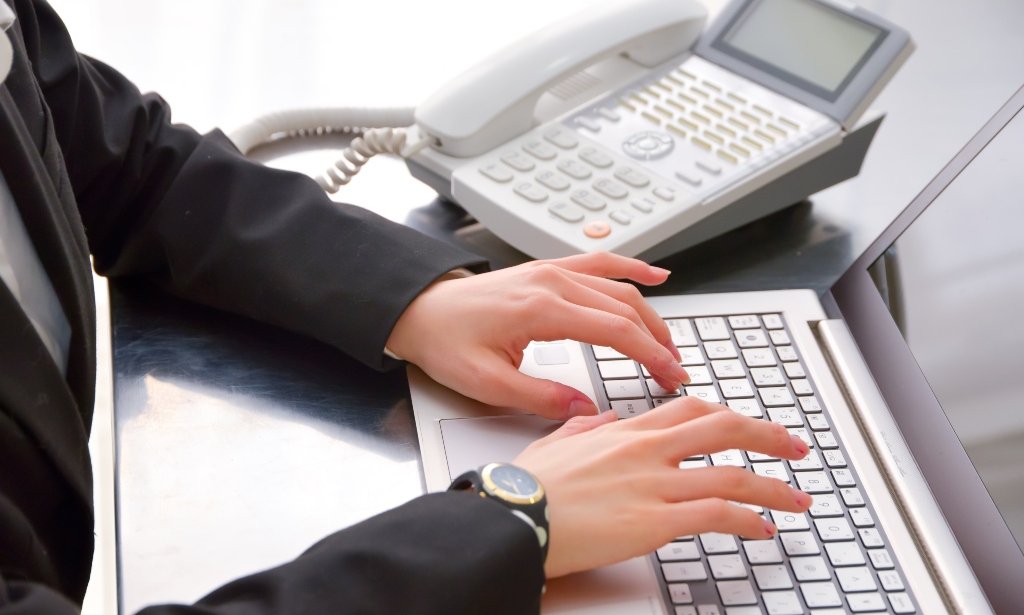 How Do You Connect a PC to a Landline? 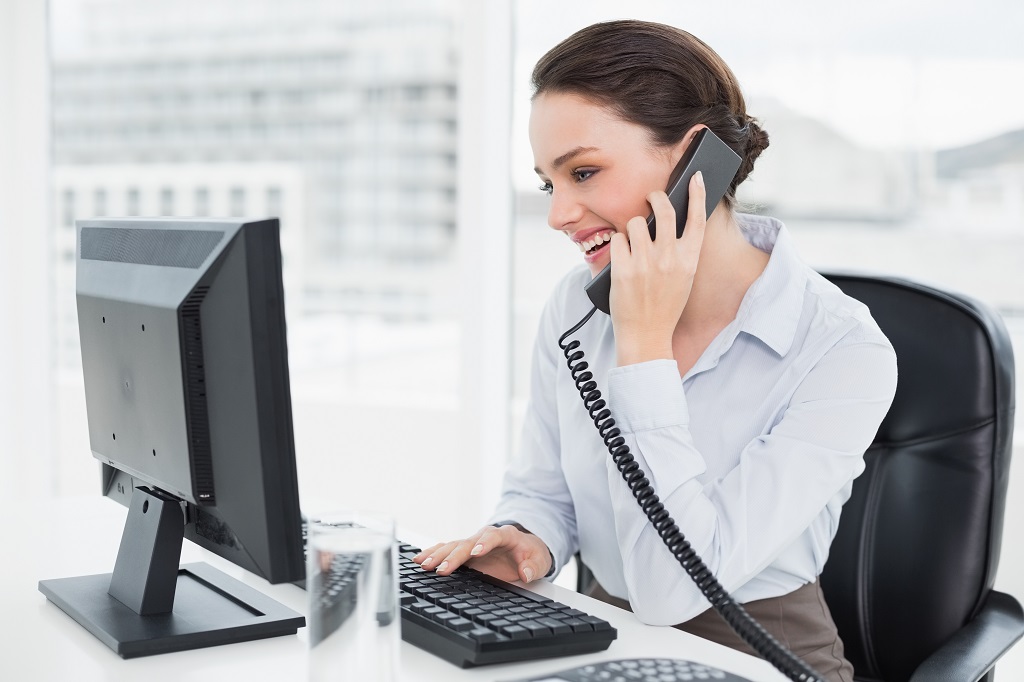 If you want your PC to operate via your landline, you need hardware and software dedicated to the task.

Let’s start with the hardware.

Modern computers do not have a port for a phone line.

You will need a special card that allows you to connect your phone line to your computer.

This card allows the computer to plug into the telephone jack on the wall and connect to the landline.

The next step is to purchase software that can process pots.

This is the hardest part. most software designed for this purpose is no longer supported or updated.

At the time of this writing, pc-phone was still accessible, but there are no guarantees on how long it will remain in support.

The same can be said for other software that allows you to control the landline connected to your computer.

All of that said, when you find and install software that works, you’ll use the software to dial numbers or answer calls on your computer.

this will use the landline directly, so it won’t be tied to your internet connection (unless you use dial-up internet).

It is also possible to use this hardware and software to run a fax line to your computer and send and receive faxes.

Are there other ways to make calls from a computer?

Turning your computer into a landline phone is difficult, and the hardware and software can be expensive.

The reason it’s so difficult is that the industry has eliminated any demand for this configuration.

Modern computers can complete phone calls without using a landline.

Instead, they use digital communication that runs over an internet connection.

In fact, there are many ways to make this work. 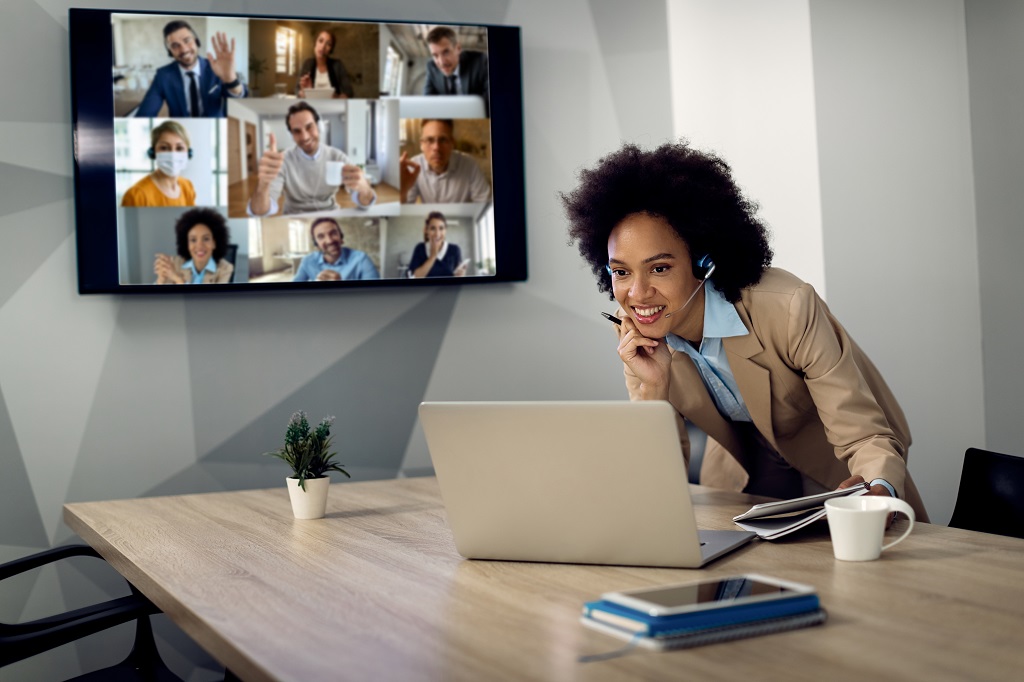 By far, the easiest and most common way to make a phone call with a computer is to use voice over IP (VoIP).

This is the term for a digital signal system that allows you to talk over an internet connection.

There are many different voip services and applications, and we’ll take a look at some of the most popular ones.

Before that, we can discuss what voip actually does for you and how it works.

Basically, it digitizes sound so it can be encoded and sent over the internet in real time.

voip is a standardized protocol, so many different systems can use it.

As long as voip applications are compatible, you can talk from your smartphone, computer, tablet, or any combination of these devices.

When it comes to voip, what matters most is the application or service providing the resource. 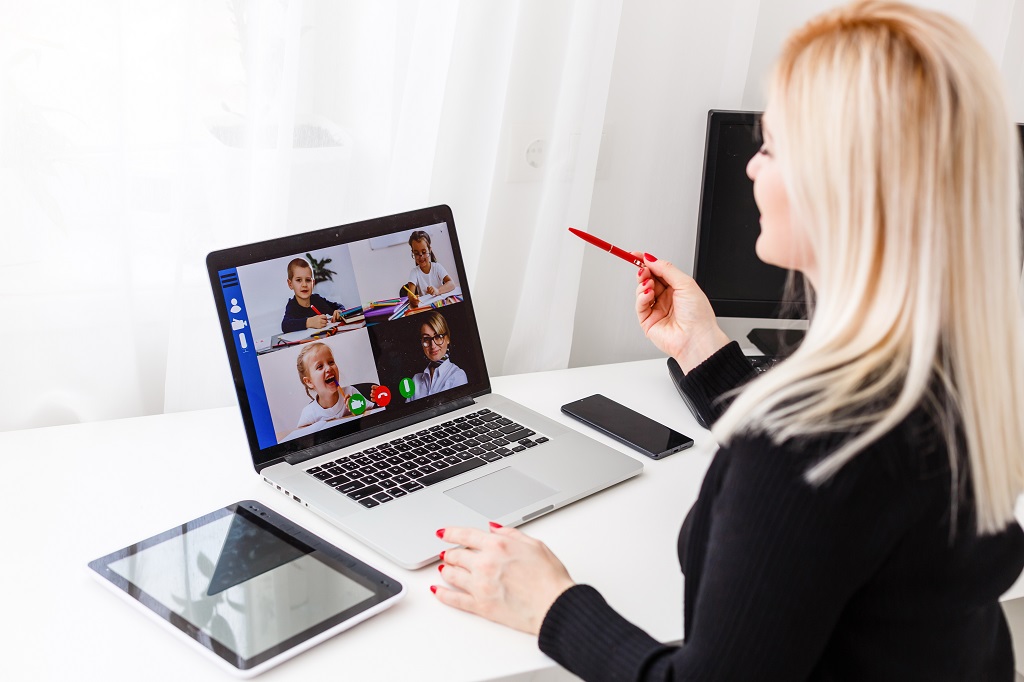 Skype was one of the first mainstream VoIP apps to hit markets.

Microsoft is owned and operated and has been free to use for over a decade.

You can also receive calls from anyone who has your contact information.

although skype was originally designed for digital phone conversations, it has undergone massive renovations over the years.

Currently, you can use it for video calls, voice conferences, video conferences, live text messages, and screen sharing.

skype is available for pc, iphone and android phones, making it a universal choice for digital calls. 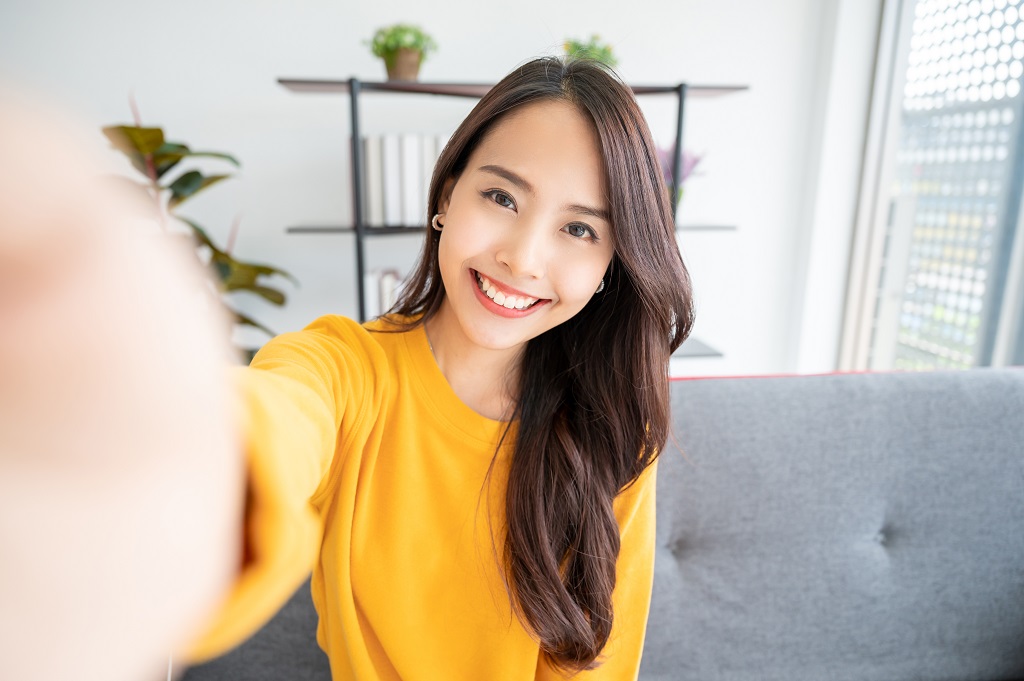 Facetime was developed as Apple’s answer to Skype, and it pioneered video chatting.

The original incarnations of facetime were clunky and the picture wasn’t very good, but these days, it offers real-time high-definition video and audio.

so any device that allows you to log in can work for real-time communication.

Simply choose a contact and start a conversation. likewise, people who have your contact information can call you at any time.

facetime is simultaneously one of the best and worst applications for this type of communication.

It’s extremely easy to use and provides excellent quality, but it’s only available on apple devices.

That limits what you can do with it, and that’s why you’ll find fans and detractors regarding this app.

facetime is another free to use voip app.

It was originally designed to facilitate communication between people playing multiplayer video games, but it quickly evolved into something else entirely.

although discord uses voip, it is based on a different premise.

with discord, you create an account and then you can join the servers.

The creation and maintenance of the servers are free and remain permanently available.

To communicate with people, you can type in the server’s message box or you can access a voice channel on the server.

discord also does more than voice.

allows screen and application sharing, so you can show people what you’re doing on your computer (or see what they’re showing you).

The only thing discord doesn’t currently support is video chat.

brands discord as just another free voip app, although a paid premium service is available. 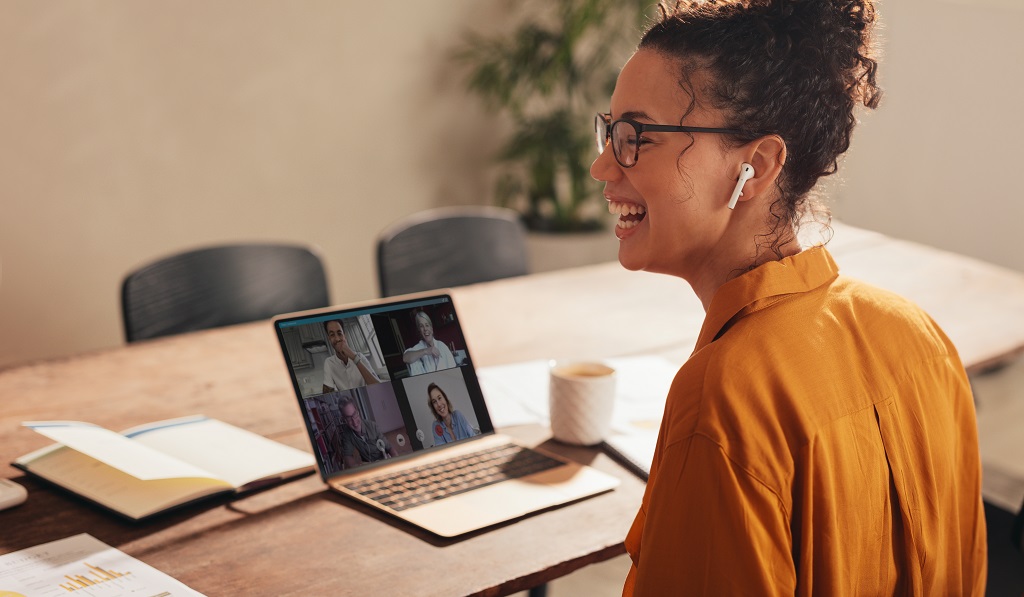 Zoom is probably the most well-known VoIP service in the world.

It is known as a meeting application because many users can be connected to the same call at the same time.

all users have access to voice and video features. it also allows you to send written messages and share the screen.

zoom also allows for one-to-one communication, but because it’s designed for group use, the features are a bit cumbersome for direct calls.

You have to go through the same process of creating or joining a meeting to talk to a person that you would use for a full video conference.

Ultimately, anyone who creates a Zoom account can use it and talk to anyone else who has an account, and it’s completely free to use.

There are many, many other voip services available.

so we’ll give some honorable mentions to popular apps that don’t have their own section.

google voice is another voip provider, but its purpose is different. strives to be a true replacement for a landline phone.

While you need a Google account to use voice, it ultimately gives you a traditional phone number.

This phone number allows you to make digital calls through your computer, but connects and dials like a landline phone.

The hybrid approach does some important things.

can interact with other phone lines and do things like call forwarding.

You can manage multiple phone lines from this single digital line. it is very convenient.

google voice also allows you to send sms messages through the number you provide.

All services are free to use and you can use them without a subscription to a phone provider.

That said, some calls will incur a charge. they usually involve international calls.

another important feature of voice is that it still runs over internet connections.

That means your dedicated phone number isn’t tied to a specific location or device.

Any internet-enabled device that allows you to log in by voice will give you access to your digital phone.

Besides google voice, there are a couple of other voip apps that get a lot of attention.

It was originally a text messaging app, but now you can make audio and video calls with it.

Works much like facetime, but since it’s not tied to any particular operating system, it’s more accessible.

whatsapp is the other outstanding service. It also originated as a text messaging app but now allows digital phone calls.

Like the other services, it is free to use and is not tied to any particular device or operating system. 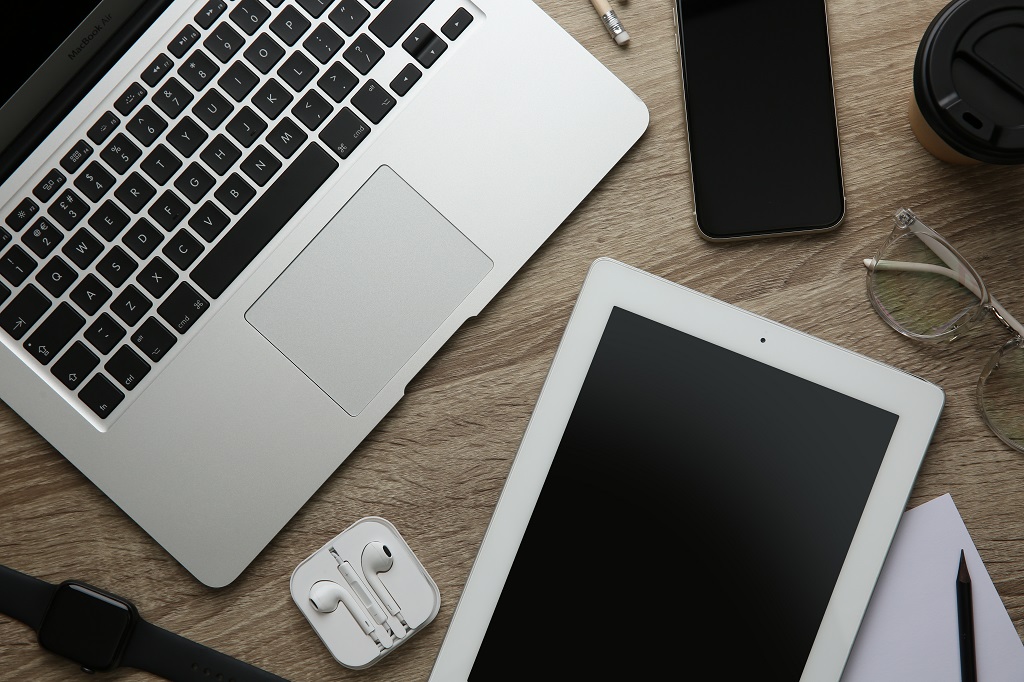 Outside of VoIP, you can still make digital calls using a computer.

One of the easiest ways is to connect your smartphone and computer.

if you use apple phones and computers, this is already built into the system.

mac os and ios come with a built-in interface that allows you to make calls from the mac.

The service runs through your apple id, so you need to sign in with the same id on both devices.

Whenever that’s the case, the phone actually makes the calls and handles the signal processing, but you can control it all from the computer.

The nice thing about this setup is that it runs over your network (including Wi-Fi), so you don’t need the two devices to be in the same room to use the feature.

As long as they’re on the same network, everything works pretty easily.

You also don’t have to go through any configuration to use this feature.

When you use the same Apple ID on both devices, they will automatically sync and calls will be routed to the device you used most recently (although you can always answer on either).

the “your phone” app

If you don’t use Apple products, Windows computers have the Your Phone app.

This application allows the computer to connect to a smartphone via bluetooth.

Works much like bluetooth connectivity in a modern car.

you have to make sure bluetooth is enabled for both devices.

then on the computer you want to navigate to your phone app.

You will need to follow the steps to pair your phone and computer.

once this is done, the application will allow you to control phone calls from the pc. It works much like the apple setup.

There is an important distinction.

Because your phone is bluetooth based, it has a limited range.

Normally, the phone will need to be relatively close to the computer for the app to work. How to play Elden Ring with controller on PC How to Connect Drone Camera to Your Phone (Android & iPhone) – Droneblog